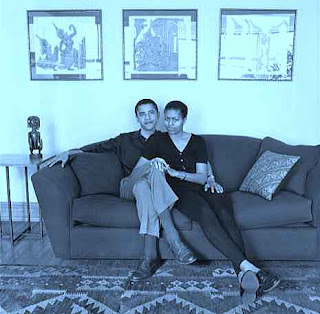 (photo credit: Mariana Cook)
by Barry Michael Cooper
(the upcoming Sunday NY Times--1 November 2009--is running a piece on President Barack Obama and First Lady Michelle Obama, that explores the ups and downs of their 17-year strong marriage. Seventeen years of marriage in the post-modern morality of the new millennium is like 70 years, and their union is a testament to marriage what marriage really is: a daily, yearly, life-long, work-in-progress, as opposed to storybook bliss. Anyone who is married, or was married, can attest to that. This is my essay on Mr. and Mrs. Obama that was originally published on Huffington Post last year, 26 August 2008)

That Woosh! in your ears is the sound of Sen. John McCain's old man dreams and Bush-league (Cheney, too) New World Order wishes being flushed down the G.O.P.'s toilet of dirty politics. To paraphrase F. Scott Fitzgerald's The Great Gatsby, Monday night in Denver, Colorado was at least the first 15 minutes in 2008's extended hour of profound human change.

Read more »
Posted by Bmc at 2:49 PM No comments: Links to this post 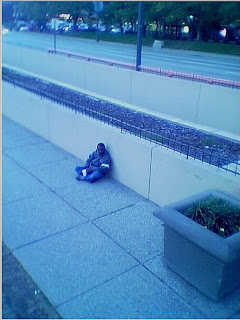 
A Blessed and joyous New Year to one and all.

Hopefully, you woke on New Years Day in a warm house, in a comfy bed, under a ton of quilts and comforters, wiping the residue of 2008 from the corner of your eyes, and pulling the dawn of 2009 into focus.

Many of you will have jobs to report to on Monday morning. Others will be gnashing their teeth as they stare at pink slips. All of us will feel the pinch on some level. Some will still try to party like it's 1999. It's not. Don't forget what Prince said: "Life is a just party/ and parties aren't meant to last."

It is what it is. Just ask anyone who just lost their job, or their home. Better yet, ask one of Bernie Madoff's clients. 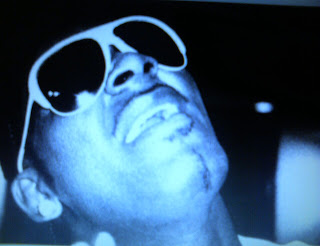 (My R. Kelly Feature from the Summer 2004 issue of America Magazine)

“Neither a lofty degree of intelligence nor imagination nor both together go to the making of genius. Love, love, love, that is the soul of genius.”

“My music teacher, Lena McLean, who is like my second mom and the woman who taught me how to love my gift, took me to see Amadeus. She said I was like Mozart in my field. The way he heard notes is similar to the way I hear them. Sometimes I break out in sweats and get this real warm feeling inside of me, like something is being born. And I hear the whole song. I don’t just hear a bass line or a beat. I hear the whole song and all I have to do is copy it. It’s like I’m stealing from myself.”

Read more »
Posted by Bmc at 9:44 PM No comments: Links to this post

And It Deep, Too! My Richard Pryor Scrapbook 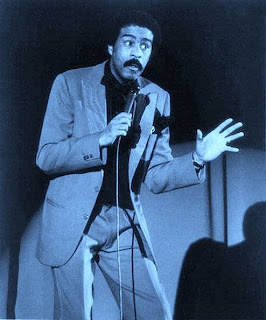 This is the message I got on my Sprint Mobile on Saturday, Dec. 10, 6:20 p.m. At the time I had just returned home from the Barnes and Noble at the Inner Harbor, hypermanic from a double espresso and the fact that I was quoted by primo art critic and curator Franklin Sirmans in the latest book on Jean-Michel Basquiat. But that frozen text staring back at me from the midget screen brought all of my egocentric spin to a grinding halt.

I was stunned, because like the rest of us who had watched this comic genius being gradually dismantled by multiple sclerosis to a sad, near vegetative state, I still couldn’t believe it. Or maybe I just couldn’t accept the fact that Pryor’s death personally represented the end of an era. That happens when we turn human beings who have died (Kennedy, King, Lennon, Tupac, Cobain, B.I.G., you fill in the blank) into icons, and then into personal chronological markers inking the time line of our lives. And when the ink dries, it tends to put our mortality in italics, too.

Read more »
Posted by Bmc at 3:53 PM No comments: Links to this post 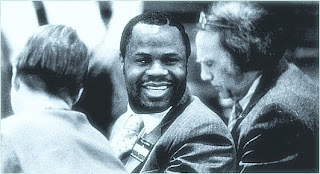 (courtesy of The Huffington Post: first posted on 24 October 2008 Also included here is the last voicemail from Larry Davis to me--on 16 February 2008--before I was to go and interview him for the episode I produced on him for now defunct BET crime doc series, "American Gangster". The interview was to take place at Shawangunk Prison in Wallkill, N.Y. But that interview wasn't meant to be: Larry was stabbed to death a week later in prison.)

(from the Huffington Post-24 October 2008)
I wasn't even going to post today, but I was a little disturbed by some comments I read on a bulletin board on HipHopDx.com, the Huffington Post of Hip Hop (shout out to one of the great editors over at HHDx, Jake Paine!). The warring texts were responding to a story about yours truly, and the episode I produced for BET's hit crime documentary series, American Gangster. On Thursday night, October 23rd, 2008, Season Three premiered with the tragic ballad of Larry Davis. The Davis episode of American Gangster was a ratings bonanza for BET, with about 2 million viewers tuning in, making it the #1 Original Series premiere of all time for the BET Networks.

Ratification of the Magna Carter: Is Jay-Z The Greatest Rapper Alive? 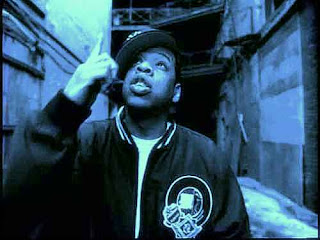 As Jay-Z brings the traveling road show known as Blueprint III to Baltimore's 1st Mariner Arena Oct. 27, he does so at a time when he is literally carrying both hip-hop and it's hostile kidnapper—Rap Mu$ick, LLC—on his back. Shawn Corey Carter is at a crossroads in the continuous ascent of his vertically integrated career. He's been both passenger and conductor on the Jigganational Express. It's been a bit of a Rocafella ride from Hoyt-Schemerhorn streets to BP-29, Boulevard JF Kennedy in Antibes, France, but Jay is not about to be derailed from the bon bon vie. The sun may shine in the Marcy Projects, but it's seems warmer and sexier at the Hotel Du Cap.

Jay-Z has retired once, and if he were to stage the same stunt, double jeopardy would nullify double indemnity; Hova would float off into the hoax-y blue yonder as Brooklyn's version of Balloon Boy. So what's the next strong move to the basket? Co-ownership of the Brooklyn Nets? 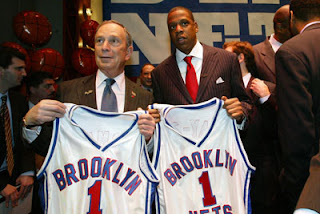 A chain of boutique-y luxe hotels? More albums? A television show? Movies? Broadway? A book? Or the first MC on the Space Shuttle? Decisions, decisions, but nine figures can buy a whole lot of options.

Tracy Morgan's "I Am The New Black": Manchild In 30 Rock's Promised Land 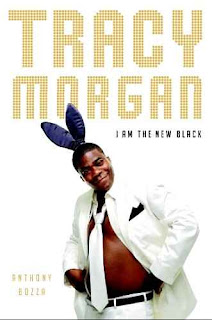 "My dad, Jimmy, was one of so many young me who went to Vietnam. He was drafted in 1965 and served four or five tours..When I was a kid I'd wake up at night and find my dad walking around the house, patrolling. I'd be on my way to the bathroom and I'd ask him, 'Dad, are you all right?' And he'd just stare at me. I don't even know if he knew I was there. He was just in his head, still patrolling, still in Vietnam. He couldn't shake it...Vietnam was like a big girl everybody in the hood had been with but no one greeted on the street. Vietnam was a fat girl with gonorrhea; it was an embarrassment that nobody in America would be able to forget. Society asked those soldiers to suffer things they couldn't handle, all alone, in silence, because society couldn't handle the aftermath."