Originally published 16 March 2011, on citypaper.com. Part One of a new series on Hooked On The American Dream titled, "Hollywood (But Maybe She Won't)."

Glitteraticosis is an opulent parasite that breeds in Hollywood’s narcissistic pools. It snarls with the delirious spume of mad fame and bites everyone in its path with the toxic infection of influence, money, and power.

Maybe that’s why on March 8, 2011—the 20th anniversary of 1991’s New Jack City—I still felt a bit woozy from that dazzling influenza. Sometimes I still can’t believe that “Kids Killing Kids: New Jack City Eats Its Young,” the story I wrote for The Village Voice, became the source material for a screenplay that launched the film careers of Wesley Snipes, Chris Rock, Mario Van Peebles, Allen Payne, and Ice-T—and proved a reset for Brat Pack member Judd Nelson. It feels like only yesterday that I was sitting in one of the Enoch Pratt Library’s second-floor reading rooms in the winter of 1987, bringing Nino Brown, Gee Money, Scotty Appleton, and the Carter Projects to life on stacks of yellow legal pads. 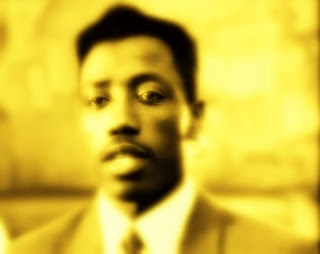 The engine that drove New Jack City was the late George Jackson, the film’s producer and a force of nature. A Harvard grad, George, like me, was a Harlem native. He worked for Richard Pryor’s Indigo Films and got his start on Pryor’s surrealist biopic Jo Jo Dancer, Your Life is Calling. I first talked to George on the phone from the loading dock of the Hecht Company at Lexington and Howard streets, where I worked in the stock department in 1986. He had read an investigative piece I wrote for Spin on Baltimore’s “Yo Boy” culture titled, “In Cold Blood: The Baltimore Teen Murders.”