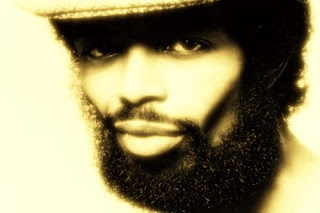 Gil Scott Heron, The Revolution Will Not Be Televised

On Friday, 27 May 2011, the world of spoken-word lost its poet laureate, and Hip Hop is missing it's paterfamilias; Gil Scott-Heron died. He was 62. GOD Rest his soul.

When Gil Scott-Heron rejected the title "Godfather of Rap" it was with good reason. Money didn't own him; as a genuine post-modern griot, Gil Scott-Heron embraced poverty. Not that he was poor--he wasn't--or that he didn't like money (I'm sure he did). Gil Scott-Heron didn't love money, and therefore, money didn't own him. A true MC, a true Master of the Ceremony must be just that; a master, leader, and conductor of the ceremony, pageantry, and celebration. One who can lead the band without becoming a slave to the rhythm. Or the money. To embrace poverty means the corporate sponsors can't put a price ticket on your head, because if they can price you, then they can buy you, and if they can buy you, then they own you, and if they own you, then they can lock down and silence their caged bird when they disapprove of the song it sings.

Gil Scott-Heron said the Revolution wouldn't be televised but that was his reverse psych on an enthralled public. Gil Scott-Heron forecast a revolution of Black thought and American letters--an analog-to-4G broadband-of-a-broadcast--for more than 40 years. A waveform of a higher vibration.

The life and creativity of Gil Scott-Heron exemplified the true meaning of wealth in poverty, because he was free to say what was on his mind. And we were enriched by his platinum thoughts. As a true hunger artist, Gil Scott-Heron knew that his wealth in poverty was the vault of his soulful authenticity; protecting the riches of his heart, and money can't bankrupt a truth-tellers soul, overstand? Exeunt, noble Prince. We hardly knew thee, but what you allowed us to become acquainted with--the treasures stored in one of the greatest American literary minds this country has ever produced--changed us forever. No bottle could hold you. No crack could break you. The doves in all bedrooms will cry silently tonight as GOD steers your flight home. Many of us will rock something red, black and green in your memory. We have been saving it for just the right occasion. 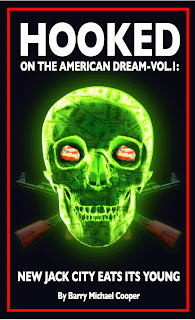 Be sure to pick up my new anthology, "Hooked On The American Dream-Vol.1: New Jack City Eats Its Young," available exclusively on Kindle/Amazon. Amazon/Kindle has a free, downloadable app for all computers and mobile devices. Click here to go to the "Hooked On The American Dream-Vol.1:New Jack City Eats Its Young" Kindle store site. 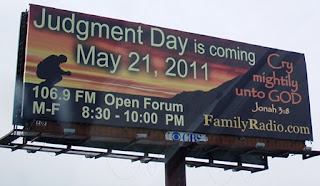 
"And great earthquakes shall be in divers places, and famines, and pestilences; and fearful sights and great signs shall there be from heaven."

Another day, another earthquake. A few days ago--11 May--there was a 5.3 earthquake in Lorca, Spain; ten reported casualties, scores injured. Let's rewind: on 22 February 2011, 181 people died in a frightening 6.3 earthquake that upended Canterbury region of Christchurch, New Zealand. Less than a month later--on 11 March--Japan was rocked not only by a devastating 9.0 earthquake--the most powerful earthquake to ever hit Japan--but a deadly tsunami that fractured a nuclear facility and claimed the lives of almost 15,000 people.
Five days later, on 16 March, Chile was rocked by a 5.3 tremor. Last year, on 10 January 2010, an earthquake leveled most of Haiti with almost 500,000 deaths. In April, 327 tornadoes tore through the Southeast, claiming almost 400 lives; the National Oceanic and Atmospheric Association (NOAA) estimates that since the start of 2011, the U.S. has been hit with 881 twisters, the deadliest outbreak in U.S. history.

On Tuesday, 10 May 2011, parts of Memphis, Tenn., was submerged underwater, as the swollen banks of the Mississippi River flooded that city.  Yesterday--12 May--Mount Etna erupted in Italy, painting the nighttime Sicilian skyline in spectacular fiery orange hues of lava and ash. How about the baffling reports of dead birds falling out of the sky, and millions of fish washing up on shores across the globe?
What's going on?

There is a Christian broadcaster named Harold Camping, who has done a series of mathematical calculations tied to the books in the Bible, along with the Hebrew calendars, and he believes that Judgement Day will commence on 21 May 2011. That's right; next Saturday. Of course, Camping has been written off as another nutcase and religious huckster, who in fact, predicted that the world would end back on 7 September 1994. So much for that prediction.
Read more »
Posted by Bmc at 9:11 PM No comments: Links to this post