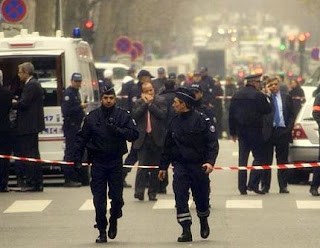 PARIS (REUTERS)-The most controversial rapper and producer in Hip Hop was found dead this morning, at a five-star hotel in Paris, France. 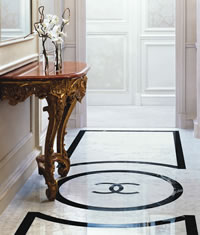 The body was discovered near the balcony in the luxe Coco Chanel suite of the Ritz hotel, sometime around 5:15 AM, by the concierge. 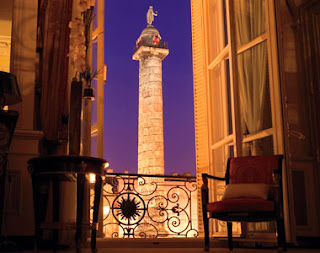 Though there were no bruises, marks, wounds, puncture holes, or any apparent trauma found on the body, there was a pool of black, digital ink that had coagulated underneath his head.

Laying on the opposite side of the rapper's head, was an iPad, which had a screen which displayed the homepage of a popular African-American gossip site, where a photo of the rapper splayed on the front page with this headline:

Next to the iPad was the rap star's iPhone; on the screen was an email that had been sent--according to sources close to the ongoing investigation, who spoke under the condition of anonymity--to a list of popular African-American bloggers in the U.S. The email--according to these same sources--was angry, desperate, and fearful. It reads:

You are not Gossip Bloggers; instead, I call you sloppit mongers, because you bathe in innuendo, false information, skewered facts, gossip, and lies, the same way pigs wallow in sh-t and mud. It's not gossip. It's sloppit. And y'all need to stop it.

All of you are swine. Every last one of ya.

I'm writing this missive on behalf of myself and others like me, who have been the target of your vitriol. I'm writing this on behalf of myself, and others like me, who, though our lives may appear to be a bed of roses (with the illusion of all of our money, fame, power, and influence), it is really a mattress of thorns. Like Puff and Big said, mo' money, mo' problems. But our lives are made even thornier by the dirt you feed to the public every f---in' day. All of you have been a thorn in my side,  and a thorn in the sides of many other Black celebrities.

Y'all have even gone in on the President of the United States, a Black man who has enough on his plate, as he sidesteps racists, political haters (some even in his own party) and armchair pundits who second-guess his every move, all while President Obama seems to bear the weight of the world on his shoulders. So is the life of a celebrity a bed of roses? Naaaah; roses might bed red, but they are also fertilized with sh-t, the same ingredient that informs the content of both your blogs, and your character. Roses might be red, but you all are smothered in the deepest hue of green envy. Violets are blue, and violence is a bruising shade of black and blue, and your blogs are devoted to character assassination.

All of you are merchants in the same business; Murder, Ink.

Some therapist may conclude that you all are enmeshed in the miserable velcro of a severely detached state of psychosis. I just think y'all are a bunch of professional f---in' haters.

Another thing, while I'm in my bag; y'all are some of the ugliest motherf---ers I have ever seen in my life! You look like homely, nerdy-ass cartoon characters. Is that raison d'etre (by the way, that's French for reason for existence; I know your dumbasses wouldn't know what that meant, because you are too busy digging up sh-- on people that's not true) for the hateful blogs? Wait, let me guess; it's because you got your lunch money took everyday? Or how 'bout, you were constantly bullied at school without mercy? Or is it because of your family and acquaintances (and I say acquaintances, for you have no real friends; only people afraid that you will write something bad about them), who say that they love you,  despite how you look? Or is it because you cry each and every time you look in the mirror? Well???...

...Whatever it is; don't take that bullsh-t out on me. Handle that. You are getting enough crazy revenue from your blogs (the millions of pages views and visits to your blogs that click on the embedded  ads) to see a professional. But what's even uglier, is what's inside of you; your soul, your heart, your motivation. That's what's really grotesque. But only a HIGHER POWER Really Knows what's really inside all of us. However, you are what you write, and all of you write some sickening, disgusting untruths. I'm just saying.

If I'm going to keep it on the really-reals, you all didn't invent gossip. Neither did Hedda Hopper or Walter Winchell (or his celluloid interpretation in "Sweet Smell of Success," J.J. Hunsacker). Gossip has been with us from the beginning--that is, if you believe that Eden was the beginning--when a supernatually ambitious and demonic serpent whispered a lie to an unsuspecting wife in Genesis chapter 3, verse 4: Ye shall not surely die. Gossip is the piecemeal account of the truth batter-dipped in a lie, and then deep-fried and served piping hot, to feed the ravenous appetites of those hungry for the destruction of others. Gossip is a vacuous landscape populated with ear-hustlers, swagger-jackers, and lurid spectators, whose only goal in life is to be sucked up into the gory details of someone else's misery.

But what really pisses me off, is the fact that you hacked into my iPhone, and leaked my private videos! So what I like to pour lighter fluid on the skid marks on my drawers, and then set my grown man Underoos (custom made by Hermes, if you must know) on fire in my hotel suite, and then do my little dance around the drawers, while singing "I'm A Little Teacup" in a high pitched, foreign accent while they burn? So what I like to film that sh-t and laugh about it later? So f---in' what?! I been a pyromaniac since I was six motherf---in' years old. That's my private pleasure--and the people I share it with--and it's my business!

Did y'all forget that we had an agreement? I wired you guys $5,000 a month, paid your overhead, sent you bonus checks on the holidays, and planted crazy stories about  my sex life, my fake beefs with other celebs (which drove your blog traffic through the f---in' roof!), and leaked info on other celebs! You were a means to an end; an additional stream of exposure to keep my name ringing, because when your name stops ringing, that means the line to your shine, your fame, and your celebrity has been disconnected. That means the game is over. So it's not like I liked y'all anyway, you served a purpose; in addition to my P.R. team, your blogs served as an extra layer of publicity for me. Nothing more. And you were cheaper than PMK and Scanlon. You were supposed to play your position because you got paid to do so, you remember that sh-t?! All y'all had to do was keep your mouth shut and stay away from the real stories that could hurt or damage me!

Do y'all remember any of this?! Hello?!!

And now y'all wanna get fly, and freestyle on a nigga by hacking my phone and leaking sh-t without my permission?!

I mean, how the f--k are your cornball asses able to lease that Infinity, that Lexus, that BMW, that Benz? You are able to do these things, because me and other celebs have been paying the bills for you pieces of garbage while you sling the dirt we provide for you! Understand?! You ooogly motherf---ers are living lovely because I provided y'all with the pretty things that fill bank accounts! But no, you couldn't stay in your lane! You had to leak the video of me singing and dancing around my burning drawers, and that was private! I mean, I told y'all if you cross the line, you won't be writing any more blogs, you won't be doing anything, because you won't be above ground anymore. And if either one of y'all would disappear tomorrow, do you really think anybody would shed a tear? I mean, really doe...

Who likes a gossip?

Anyway, I just took a bunch of pills; my album is tanking, and despite all of my grind, my career is falling off like a bad bag of dope. Y'all better hope I don't wake up in the morning, 'cause if I do, then y'all won't be celebrating Thanksgiving or Christmas this year.

But because all of you are so thirsty for attention, money, and self-worth, you will try it again; you will keep stepping over the line, until that same line slices your trifflin' asses in half. Soon people will forget about you. And contrary to y'all thinking that me and others like me are hardcore narcissists, its really all of you who need the constant attention. The constant reinforcement from a bored public who are out of work, depressed, angry, confused, and use your blogs as a diversion from the pain and despair in their own lives. But when they move on--and trust me, they will , because they always do--and you become irrelevant, then what? Nobody cares about nare-a-one of you losers. They only care about the dirt you dig.

Not those who dig it.

And then you will be buried by the same sh-t y'all dumped on everyone else; but in this case, no one will hear your screams.

Or maybe the avid readers of your gossip just won't care.

You just read Part One of: 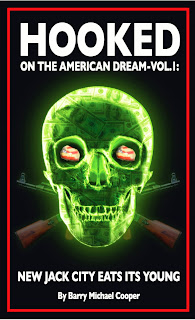 Be sure to pick up my new anthology, "Hooked On The American Dream-Vol.1: New Jack City Eats Its Young," available exclusively on Kindle/Amazon. Amazon/Kindle has a free, downloadable app for all computers and mobile devices. Click here to go to the "Hooked On The American Dream-Vol.1:New Jack City Eats Its Young" Kindle store site.

Dope...pretty much sums up the whole vapid game. BMC on point as usual!

Thank you for the kind words, C-Solo. I truly appreciate it!

Monsieur Cooper, GREAT ESSAY. you pulled my leg in the begining I am still laughing. but truth be told some people live for this gossip. DID YOU HEAR ABOUT ??? ect. ect. spread Truth, Knownledge and Wisdom People.

The "New Jack City" brilliance continues. Nailed it, per usual.

@S.Wright: Thank you so much for your kind words! I appreciate it...

This is a MASTERPIECE and needs to be turned into a feature film. This should be published in Vanity Fair, GQ, Elle, Esquire, NY TIMES, LA TIMES, THE SOURCE, XXL and any other publication that people read. This sums up the world right now. Great work Mr.Cooper...Great work

@???: Thank you so much, for your kind, inspiring, and uplifting words of support! I truly appreciate it, and GOD Bless you!